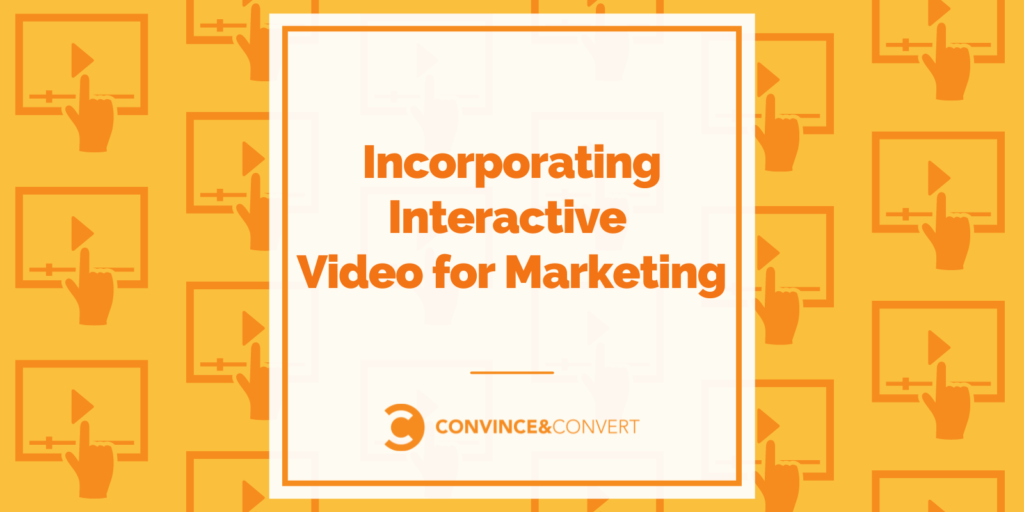 Interactivity in video is about much more than creating shiny objects or gamification. It’s about meaningful user choice.

Online, on-demand video is roughly half the age of the web itself. In that brief sixteen years, video has become the dominant medium for digital marketing by an overwhelming margin. Interactive video (or IV) is only slightly newer.

Pioneered by Viddler in the mid-2000s, IV is a staple of K-12 learning and video gaming but is often viewed with skepticism by marketers and their brand clients. 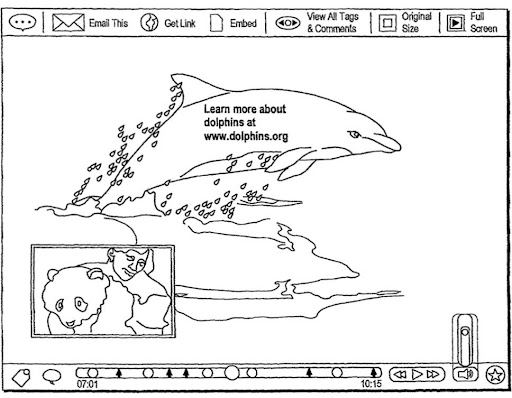 Viddler patented the idea of timeline-based overlays and tags, in 2007.

Such reluctance is fueled by the perception that interactive video is not a serious medium for business. This comes from the notion that so-called gamification—a common usage in K-12 learning and literally part of video gaming—merely serves to trivialize or “dumb down” a serious value proposition. This is especially true for interactive content that is merely a bait-and-switch lead gen ploy.

Reluctance to use interactive video is fueled by

the perception that it is not a serious medium.

Interactive video is also seen as an expensive way of getting a prospect’s attention in a crowded media environment—the latest “jangly keys” trick. In fact, IV is a novelty for many consumers. But marketers—particularly in B2B—fear that when the novelty wears off, prospects will just ignore it. They also feel that the choose-your-own-adventure model (the most common perception about IV) will not provide a sufficient return on investment.

What IS Interactive Video, Anyway?

The line between regular and interactive video is not always clear. For the sake of simplicity, interactivity means a combination of the following: 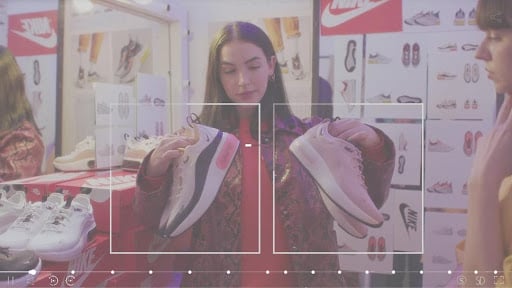 Media developer Hyperbeast used the WireWax platform to create this interactive video example for Nike. Users choose their preferred shoes and other apparel, and each choice takes the viewer to a predetermined timecode in the same video—ending with a model wearing the user’s selected items

Ideally, interactive video is all about giving the user choices—about what they want to see and where they want to go in their search for relevant information. IV invites participation and autonomy, not passive viewing.

What To Consider For IV Editing & Platform

All interactive video features occur within the hosting platform and its proprietary viewer. The actual video file does not include hotspots or other IV events, although it should be recorded and edited with IV features in mind.

For example, if you’re planning to have a hotspot button appear at a certain moment in the video, then be sure to edit the footage with adequate space for it. Similarly, if the hotspot’s appearance also pauses the video, be sure the audio track is not at a point where the pause would create an awkward break in the voiceover or music.

Oftentimes, a video’s interactive features on one hosting platform, such as Wistia, WireWax, Vimeo, or Luma1, will not be there if the file is uploaded to other platforms like YouTube. Some platforms will allow export to social media venues, but the interactivity will always be controlled by the platform where you created it.

Design Interactive Video for the Funnel

The essence of interactive video is that the viewer is given choices.

This can mean choosing between different “branches” of the publisher’s value proposition or digging deeper into available options. It also means choosing to provide or withhold feedback. The user has autonomy and will follow the branches and events of the video—but only as long as their needs are being met.

For marketers, the goal of IV must be that of a well-executed sales funnel. Each event or branch should always give the viewer a legitimate reason to explore further—to discover aspects of the brand that apply to their situation and come away with greater trust and confidence in their offering.

While it’s tempting to pounce with a lead gen form early in the video—barely in the awareness stage of the video narrative—this will usually deter viewers from advancing further.

Ideally, interactive elements in the video should be designed to meet a specific need along the way towards a decision. If the viewer is unfamiliar with a concept, then a branch to a basic explainer video would be appropriate—and ignorable by those who already understand it.

The essence of interactive video is that the viewer is given choices.

If the viewer needs help getting to a specific part of a long video, then chapter navigation or a simple questionnaire will help—provided it doesn’t demand contact information immediately.

If they are pressed for time, a downloadable audio summary would be a great option. The possibilities are practically endless.

Using interactive video’s branching capabilities does not mean creating a separate video for every possible choice a user might make. Overlays, static documents, and existing web pages are perfectly valid results of clicking on a hotspot. To conserve on costs, even existing footage or audio can be repurposed for use in an IV plan.

Interactive video gives the viewer autonomy, and the expectation that they—not the brand—are in control of the experience.

What Will IV Do For Your Marketing?

Viewers expect a rich, meaningful, even customized information environment. They want specific answers to complex questions, not a trivialized, dumbed-down version of your value proposition.

People will view your interactive video for their own reasons, not yours. Properly executed, IV should open the door to conversations—at least three levels down in the sales funnel. It should never be a ploy to drag them in.

When done well, interactive video can be an effective, enduring, sustainable marketing asset.

John Parsons is a Seattle-based business and technology writer and co-author of the IntuIdeas Video Marketing Guide.